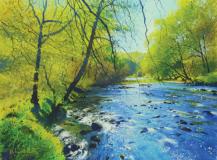 Over Rock and Stone